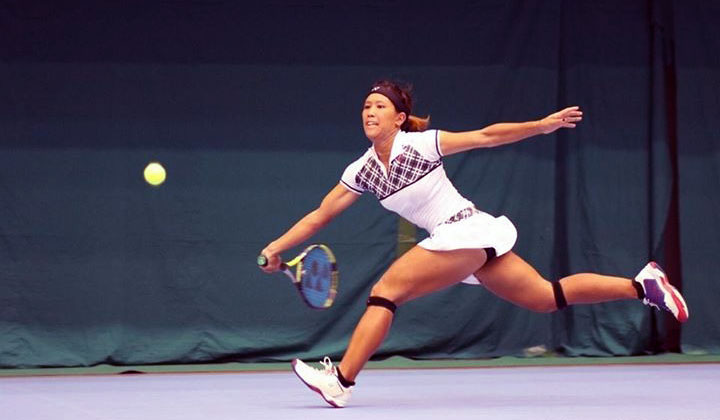 Chronic Fatigue Syndrome or CFS is a debilitating condition characterized by various symptoms that make it incredibly difficult to diagnose. These symptoms are categorized as “cardinal” and include an extensive range of long term symptoms.

There is no confirmed diagnostic test, and the diagnosis is based on the symptoms the patient presents. CFS can affect people short term and long term, and many people have suffered from Chronic Fatigue Syndrome for years (1).

Symptoms that people regularly present with are:

Even today, Chronic Fatigue Syndrome is viewed as a controversial condition amongst researchers and medical professionals, as they struggle to agree on a definition or if the condition even exists at all.

Though, the definition currently accepted is:

a condition with six or more months of consistent fatigue, that interrupts one’s ability to continue with normal daily activities and does not improve with rest.

However, talk to those who have suffered from CFS, and they’ll tell you, it most certainly does exist.

Chronic Fatigue Syndrome came to doctors’ attention in the 1950s after two outbreaks of unexplained loss of energy and fatigue occurred at the Royal Hospital in London. The second outbreak occurred in the 1980s in Nevada, USA, and medical professionals started referring to the condition as the “Raggedy Ann Syndrome.”

In many cases, Chronic Fatigue Syndrome seems to be triggered by viral infections like Glandular Fever. Unfortunately, there is still no definitive answer as to why people come down with CFS.

In the 1970s, Psychiatrists even passed CFS off as “mass hysteria.” During the 1980s, the media referred to it as the “Yuppie Flu,” implying that sufferers came from wealthy families and basically lacked the desire to work.

As the former Head Sports Advisor to the Japanese Institute of Sports Science, I’ve been fortunate enough to coach/manage some of the world’s top professional athletes. One of those athletes was a young tennis player named Shiho Akita.

I first met Shiho when she was a 16 y.o. Member of the Japanese Junior National Team. She’d been pushed hard as a junior, as is the case with most young players in Japan, and when I met her, she was ready to give the sport away.

For whatever reason, as a player and coach, we hit it off, pun not intended, and we started to achieve some outstanding results on the world stage. At age 19, within our first 18 months, Shiho had climbed from a world ranking of 1100 to 250. Things were going great.

But slowly, each day, she started to feel tired until one day it reached the point of exhaustion, and she wasn’t able to practice for 5 minutes before having to sit down. What happened? It progressively worsened over the next few months.

As her coach, I witnessed it. We spent 32 weeks of the year together, and I knew something was wrong, but I didn’t think it was CFS; in fact, at the time, I’d never even really heard of CFS.

I put it down to her still being young, and as is the case with most juniors who transition to the Pro ranks, the first couple of years are tough mentally and physically, very tough.

The condition got worse and worse, and to this day, to a certain degree, I still blame myself; although I know it was not my fault, I did have some responsibility to take.

I continued pushing Shiho too hard in practice, but that’s because of what I did with other players in the past. Previously it had worked successfully, very successfully, actually, but Shiho was different.

Finally, Shiho was diagnosed with Chronic Fatigue Syndrome. She lost three years of her career in her early 20s, the prime time for women’s tennis players. But there is a good ending to this story.

Shiho returned to tennis in her mid-20s, and together, through all the pain and heartache, we went on to win 6 Professional Titles as a player and coach. 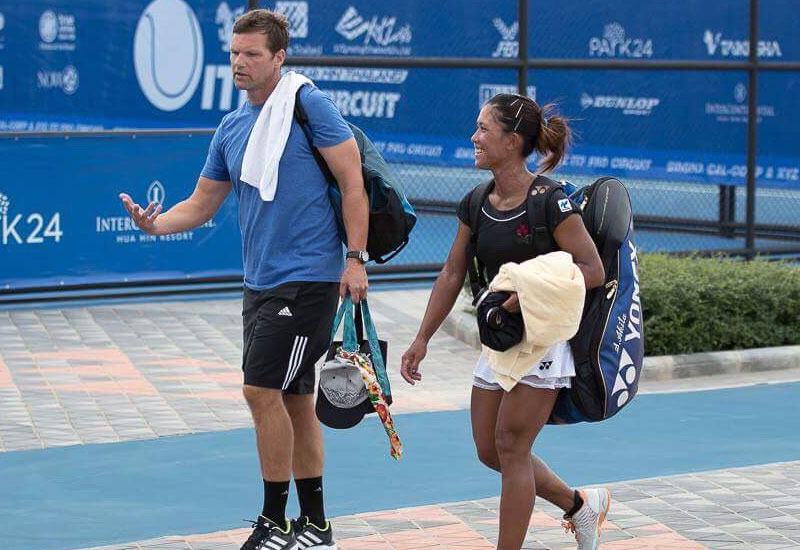 The Importance of Nutrition

During that time off, I researched like never before; I stayed up nights until 2-3 am looking for answers. We found the answer in her diet. This is not for everyone with CFS, but in Shihos’s case, changing her diet changed her life and resurrected her career.

The most significant change was moving to a semi-vegetarian, gluten-free diet; I know what you’re thinking; here we go again with this gluten-free diet stuff, I was skeptical too, but I saw firsthand how it changed her life. We are all different, but cutting gluten from her diet worked.

It was a vicious cycle that Shiho went through, and to a certain degree, I went through it with her. She had no energy at all, and to make things worse, she completely lost her appetite.

Many sufferers of Chronic Fatigue Syndrome report weight gain due to lack of activity, but with Shiho, the opposite occurred. She could barely eat anything. She also struggled with irritable bowel syndrome, which includes things like bloating and diarrhea.

“Greens Juicing” became an integral part of Shiho’s daily schedule and looking back I wish I’d known about supplements like SuperGreen Tonik and the life-changing ingredients they contain.

SuperGreen Tonik is perfect for those on the move and is an ideal choice for professional athletes who travel week in week out and have to “dodge” the pitfalls of airplane and hotel meals.

It’s super easy to prepare, no washing or prep work, just one scoop in a glass of water or juice, and you’re good to go; this again, makes it perfect for athletes and coaches who are constantly on the move and don’t always have access to a juicer or blender.

Every single scoop of SuperGreen Tonik provides you with increased energy, improved focus, and concentration, a reduction in stress and anxiety, better sleep, and an overall improvement in the immune system’s health and functioning.

Being third-party tested and 100% natural, SuperGreen Tonik provides consumers with the confidence in knowing the product has been thoroughly tested and is of the highest quality and pure supplements on the market.

I think it’s important to reaffirm this is Shiho’s case, it’s anecdotal, but greens juicing coupled with a new diet worked for her.

Over time and looking back, another integral piece of the puzzle was consuming small amounts of food every few hours; either whole foods or in the form of juices and smoothies.

Within a few months, Shiho’s appetite had returned, her eczema had cleared up, which she had struggled with since she was a child, and she was back to her old bubbly self.

An example of some of the foods she ate on the path to recovery was:

An example of foods she cut from her diet or ate in moderation:

I think it’s important to reaffirm this is Shiho’s case, it’s anecdotal, but greens juicing coupled with a new diet worked for her.

For most people, the body relies on you eating a balanced diet that promotes strengthening the immune system and maintains your overall health and longevity.

Diets such as “restrictive diets” are generally not recommended; however, it worked in Shiho’s case. With trial and error over a couple of months or so, Shiho slowly started eliminating different foods from her diet.

She kept a diary to keep track of things. Removing gluten completely cleared up her eczema and, fortunately, the irritable bowel syndrome she had also been suffering.

When looking to undertake a restrictive diet, do so with the help and guidance of a qualified nutritionist or dietician. These professionals are qualified in their field and can help guide you on your journey back to health.

Food sensitivity is another problem many people with Chronic Fatigue Syndrome also suffer (2) Eating certain foods can cause headaches, muscle weakness, joint pain, and even rashes and heart palpitations.

Again, it’s vital to seek the advice and consultation of a qualified dietician. They can make an assessment, run some tests, and check your prior medical history to identify foods that may negatively impact your health.

Typically, the nutritionists or dieticians will ask you to cut a particular food from your diet and for a period of time and then have you reintroduce the food to measure your tolerance. During the times when you are cutting certain foods from your diet, the nutritionist will ensure you are getting your essential nutrients.

The difficulty with Chronic Fatigue Syndrome is that the symptoms vary so much from person to person. It makes it challenging for healthcare professionals to provide each patient with an effective meal plan.

There is a lot of trial and error, as I experienced with Shiho.

Thanks Shiho. A superb insight into your journey into professional Tennis. The Green Tonik team wishes you all the best in your professional and personal life.

Our stories section is a series of interviews with athletes, founders, and entrepreneurs. Stay tuned for the next one!