Spinach, The Potent Green That Packs A Real Punch 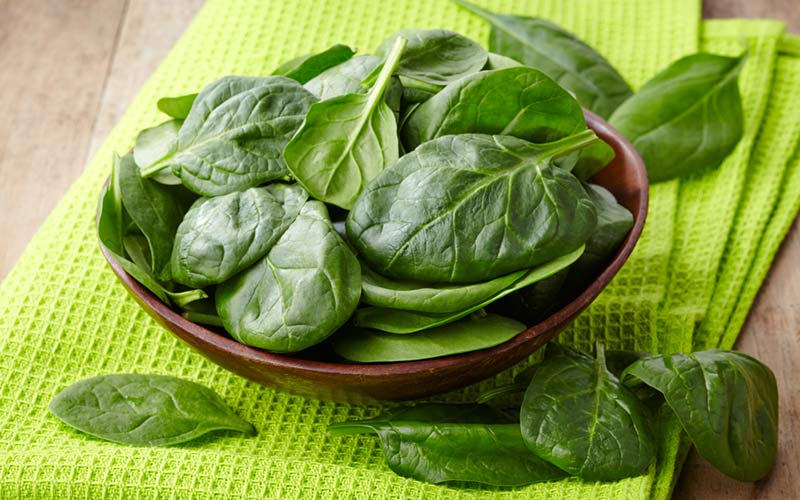 Popeye the Sailorman is probably the first thing that comes to most people’s minds when asked about spinach. But guess what? Popeye was right. Spinach is a powerhouse.

Can you remember, back to the iconic cartoon when the muscle-bound Popeye would down an entire can of spinach and take out Bluto with one big punch?

Well, I doubt Popeye knew the complex science behind why spinach was so beneficial, but he did know it was healthy.

The Benefits Of Consuming Spinach

A recent study out of Japan concluded that the phytonutrients in spinach were shown to mitigate or drastically reduce the damage to DNA, specific cancer cells, and even the growth of some tumors.

Using the essential vitamins and minerals found in spinach, they successfully contained colon adenocarcinoma growth in mice. After only 14 days, a reduction of more than 55% was seen in tumor growth with no visible side effects. The nutrients also played a vital role in stopping the blood supply to the tumors needed for them to grow.

The Harvard Medical School released some encouraging data on spinach’s ability to treat ovarian cancer effectively. A study that evaluated the relationship between ovarian cancer and flavonoid intake found the apigenin in spinach and parsley was the most effective in treating the disease.

Harvard researchers on the Nurses Health Study also conducted a long-range study that measured the flavonoid intake of 66 940 females. What they found was quite impressive. Comparing the women who ate diets rich in flavonoids to those who ate less, a 40% decrease in the likelihood of ovarian cancer was shown in the women eating flavonoid-rich diets.

The carotenoids found in spinach have also been shown to have powerful effects in fighting against prostate cancer. Researchers found that neoxanthin, a specific type of carotenoid, provokes or induces prostate cancer cells’ death. Neoxanthin also converts to a completely different compound after passing through the intestines; this new compound tricks the cancer cell into a state of inactivity, which prevents them from replicating further. (1)

The National Institute of Environmental Health Sciences had a team of researchers study the relationship between diets rich in vitamin A and breast cancer. They found that for those women who regularly ate spinach and carrots, a whopping 44% drastically reduced the chance of breast cancer. (2) 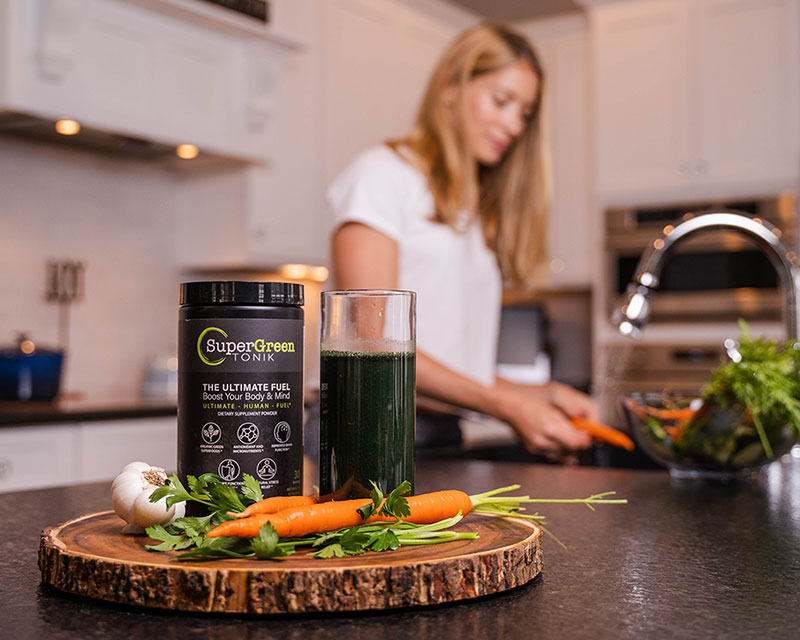 The flavonoids we have just discussed also play a crucial role in mitigating aging effects on the brain. These same flavonoids are also powerful antioxidants that protect the brain from harmful free radicals that can cause various diseases and have adverse effects on cognitive function.

Some studies have shown that when much older animals are fed with spinach and other foods that contain flavonoids and antioxidants, their capacity to function cognitively is drastically improved.

Effectively, this means that it slows the aging process, allowing for a longer life span, more energy and focus, and a better quality of life.

A report published a few years back by the Chicago Health, and Aging Project concluded that eating a diet rich in leafy greens three times daily slowed cognitive brain function decline by more than 40%. According to researchers, this equates to taking five years off your current age. Nice. (3)

The study was comprehensive and comprised 3718 participants evaluated 3 and 6 years after the investigation was concluded. Researchers found that it took three meals a day of leafy greens to achieve the 40% reduction in cognitive brain decline.

Amazingly, of the numerous vegetables studied, spinach was shown to have the most significant effect in mitigating or slowing cognitive decline.

Interestingly the researchers found no correlation between high fruit consumption and a reduction in brain function; they theorize this might be due to the amount of Vitamin E and that most people consume olive oil, which increases the body’s ability to absorb vitamin E. 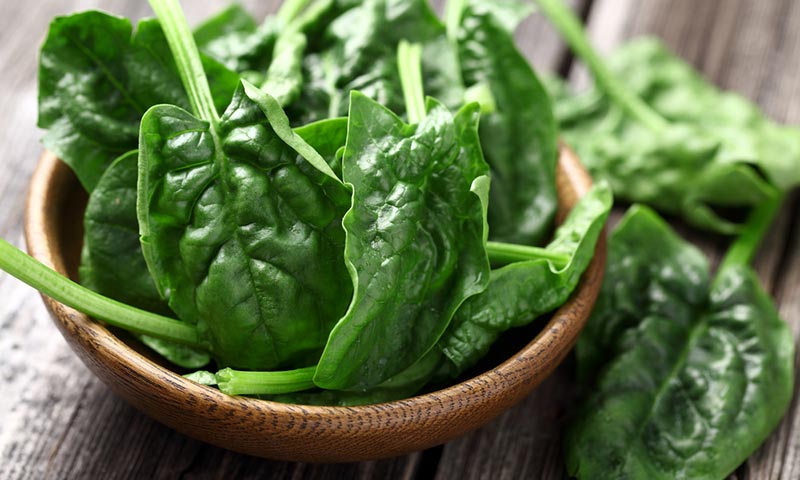 Lutein is another vital carotenoid found in spinach and has been shown to combat diseases that attack the eyes, such as cataracts and macular degeneration. Spinach, egg yolk, and blueberries contain high levels of lutein. Because lutein is fat-soluble its best absorbed and uptaken by the boy when eaten with oils such as olive oil.

Top Tip: Because eggs and spinach contain lutein, adding spinach to your egg omelet makes for a powerhouse meal.

Spinach has extremely high Vitamin K levels, which is essential for bone health, mineralization, and preserving calcium within the bones. Here’s a list of some of the other nutrients found in spinach:

Spinach comes in various forms and varieties, with the three most popular being:

Cautions And Side Effects

Unfortunately, due to the ever-increasing amount of pesticide use, spinach has been identified as one of the 12 most foods frequently contaminated.

Top Tip: Greens supplements that have been Third-Party Tested are an excellent way to ensure your spinach is organic and chemical-free.

Consuming spinach is deemed “likely safe” while pregnant and-or breastfeeding. In terms of use as a medicine, insufficient evidence exists.

For children over the age of 4, spinach is again deemed “likely safe; however, because of the nitrates contained, spinach should not be given to young infants as it may cause methemoglobinemia, a type of blood disorder. 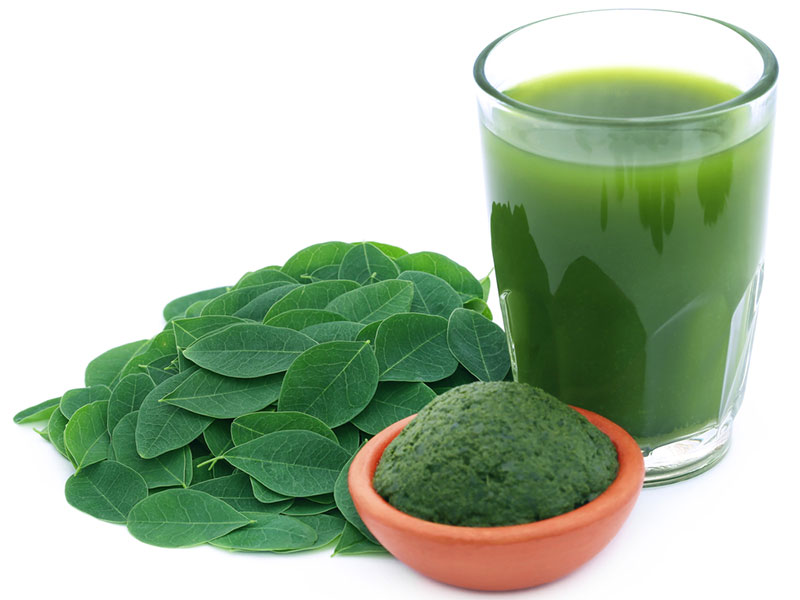 Several factors go into calculating the correct dosage for spinach, such as age, the person’s health, and other conditions. Despite the fact that numerous studies have been conducted on spinach over the years, there is not enough evidence to provide specific dosages. (4)

We recommend seeking your physician or local health care provider’s advice to ensure the safety of your health and well-being.

Spinach is among the 12 foods on which pesticides have been most frequently found. If you want to avoid the health risks posed by pesticides, buy only organic spinach or spinach in supplement form.

As always, following a healthy, nutritious meal plan is only one part of a much larger picture when it comes to maintaining overall health.

Daily exercise along with adequate sleep and taking time out for oneself are critical components that go along way in helping you on the journey to becoming a healthier you.