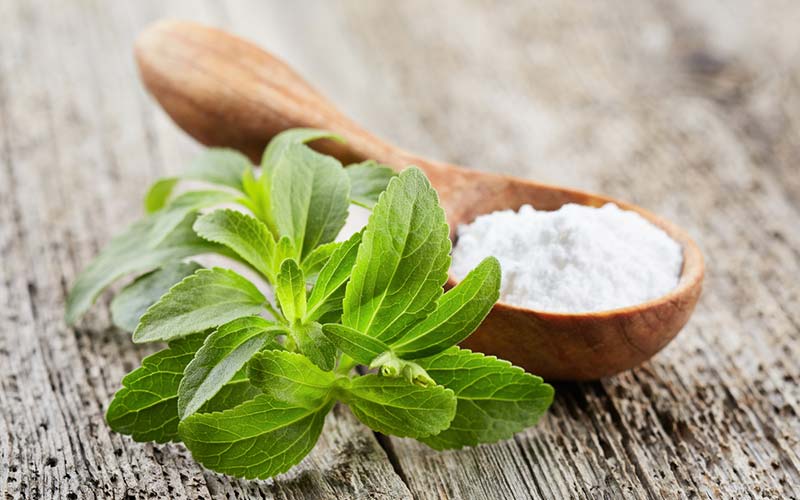 When you think of a greens powder supplement, the first thing that pops to mind is probably not how deliciously tasty they are. They conjure up images of bitterness, the kind of thing where you need to take a big deep breath and pump yourself up for 5 minutes before downing it, much like you did when you were a kid taking cough medicine.

You’d be surprised to know, though, that things have changed, mostly in part due to the discovery of natural sweeteners that have been a literal game-changer when it comes to the taste of greens powders.

The sweeteners I’m referring to are “monk fruit” and “stevia.”

Both monk fruit and stevia are natural fruit extracts that have a sweetness up to 150 times the potency of regular sucrose but without the calories, sugar, and carbohydrates.

Several sugar-free sweeteners are out there, but generally, they are artificial and pose potentially dangerous side effects such as a leaky gut, digestive complications, and inflammation.

Here we’ll take a more in-depth look at why these two naturally occurring sweeteners are so popular in the greens supplement industry and finally examine their pros and cons.

Monk Fruit is a member of the Gourd family and is a herbaceous perennial vine that is native to the areas of Thailand and Southern China. The plant is grown and produced for its fruit extract, which is incredibly sweet and up to 250 times sweeter than sugar.

The extract referred to as “mogrosides” have been used in traditional drinks as a natural sweetener; the extract has been used by the Japanese since the early 70s. The scientific name pays respect and honor to Gilbert Hovey Grosvenor, who President of the National Geographic Society and funded an expedition to Southern China in the early 1930s.

The Monk Fruit itself doesn’t store particularly well, and to be quite honest; it’s not the most appealing fruit out there. I’ve eaten it in many different forms on my trips to Thailand. 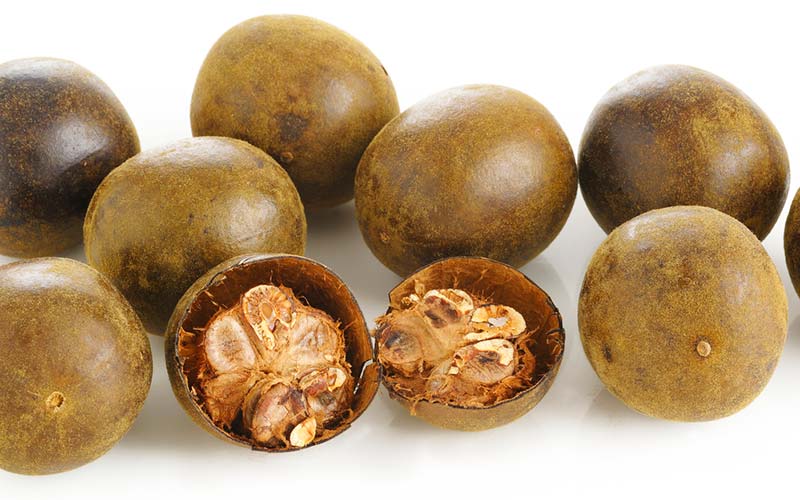 Though this fruit shines is in its fruit extract, often mixed or blended with other sweeteners such as dextrose. The reason other sweeteners are mixed in is because of the potent sweetness monk fruit has by itself; As I mentioned earlier, it’s 250 sweeter than sugar (sucrose) (1).

A huge positive about the fruit extracted is it contains absolutely NO sodium, NO carbs, NO fat, and ZERO calories. This makes it an excellent choice for manufacturers of health food supplements and is the primary reason it’s added to greens powders. The Food and Drug Administration, or FDA, has approved the use of monk fruit sweeteners, and they are classified as “Generally Recognized As Safe” or GRAS.

Here’s a list of Pros and Cons when it comes to Monk Fruit:

Stevia is a popular sweetener and alternative to sugar, which is extracted from the leaves of the plant Stevia Reaudiana. The plant is native to Paraguay and Brazil.

Several active compounds are found in the plant, primarily stevioside, which have been shown to have up to 150 times the sweetness of regular table sugar. The stevioside is also heat-stable, ph-stable, and is non-fermentable. 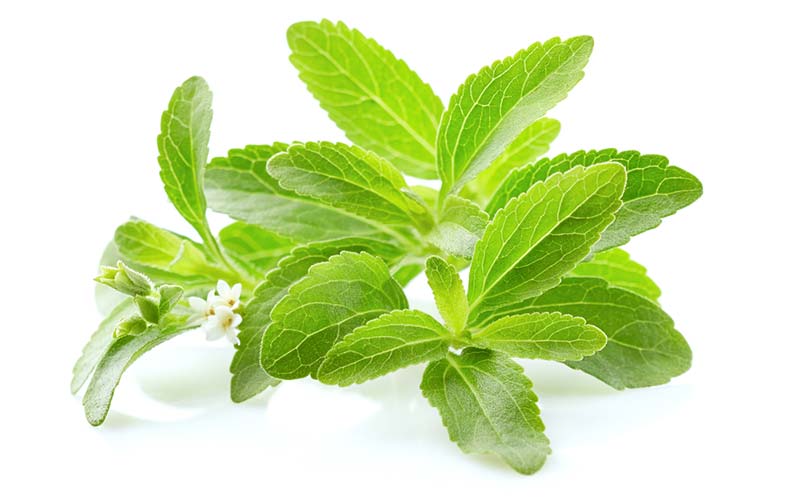 Because the fruit itself does not metabolize, it contains absolutely NO calories, unlike several other natural sweeteners. The taste comes on at a much slower pace than regular sugar, and some people report an after-taste similar to that of licorice. ((my favorite)

The Food and Drug Administration recognizes Stevia as being “Generally Recognised As Safe” or GRAS; however, this only refers to high-purity stevia glycoside extracts and omits stevia leaf extract and crude extracts (2). Worldwide, Stevia varies from country to country on its legality, but in Japan, Stevia has been recognized and consumed as a sweetener for more than 30 years.

Sweeteners like saccharin have been used since the early 1907s in Japan; however, their use has gradually decreased and been replaced by a coca-cola variant in recent years. A fun fact is the Japanese first manufactured Stevia in 1971 and has been using Stevia in food products and various soft drinks, including coca-cola. In 2006, the Japanese consumed 40% of the total world market.

Below is a list of the pros and cons of Stevia:

How To Choose The Right Sweetener For You

There are several important factors to take into consideration when choosing which natural sweetener is right for you? Stevia or Monk Fruit?

Things to consider are:

Unlike other health drinks, Super Green TONIK tastes amazingly smooth without being overly sweet. We made sure of it by researching and dedicating four months to taste alone; It tastes more like a treat rather than a health drink. It’s one of the most pleasant surprises our thousands of customers usually report first.

So the good news is that staying healthy isn’t that hard; all it takes is one daily delicious drink with a minty, slightly sweet taste.

How did we get that sweetness you might ask?

We use natural Stevia leaf, which makes this one of the most delicious and highest-selling greens powders supplements on the market. 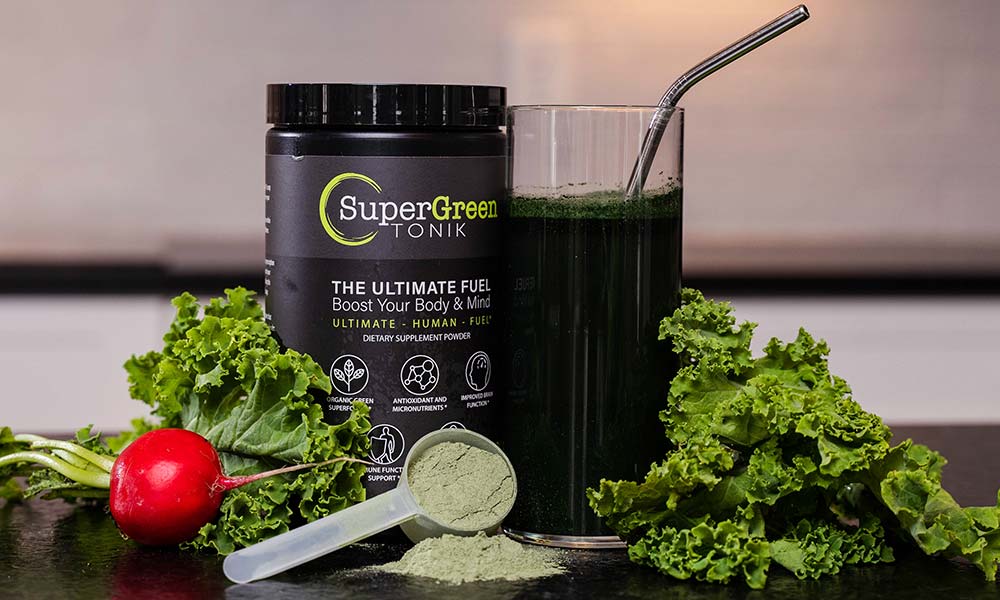 Both Monk fruit and Stevia have several positive health benefits; the primary being they contain NO calories, NO fat and do not negatively impact blood sugar levels. In this sense, they are known as “non-nutritive” sweeteners.

Both Stevia and Monk fruit are incredibly flexible when it comes to manufacturing and can be used as alternatives to sugar in greens powders, smoothies, juices, sauces, and salad dressings (4). Remember, both Monk fruit and Stevia are up to 150 times sweeter than regular table sugar, so be sure to start with a minimal amount and then work your way up from there.

Monk fruit and Stevia can be used effectively when baking because they have heat-stabilizing properties; again, be sure to watch the amount you use compared to table sugar.

Monk fruit does tend to be less refined than Stevia; however, in saying that, it can be mixed with other sweeteners, so it’s always good to check the labels before buying.

Bear in mind that the Stevia you purchase from your local supermarket is vastly different from natural or homegrown Stevia.

The fact is that they are natural sweeteners and are a much much better option when compared to artificial sweeteners such as aspartame.