Grasses in Greens Supplements: Everything You Need to Know About 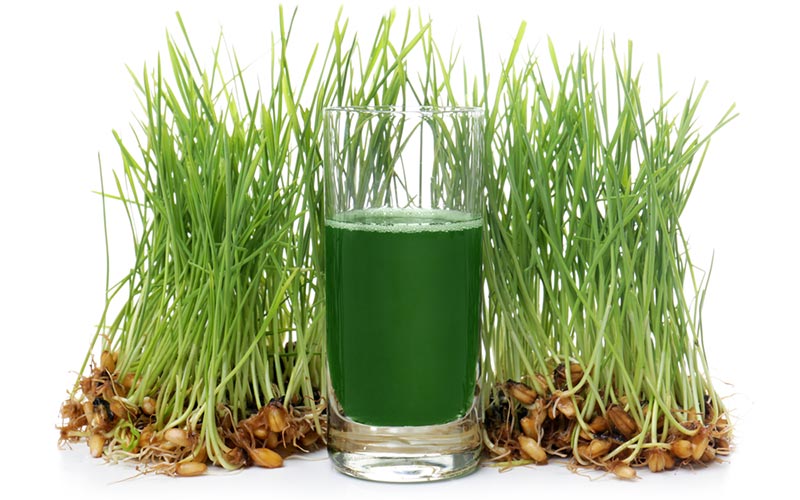 Along with the greens supplements industry, the superfood movement has now been around for quite a few decades. Grass-based ingredients have seen somewhat of a resurgence in the greens supplement industry of late; I say resurgence because, in some countries like Japan, grasses like barley and wheat have been used to make drinks, juices, and teas for 100s of years.

These types of greens supplements and grasses are rising in popularity partly due to consumers taking a real interest in preventative health.

Innovative and progressive manufacturers are increasingly thinking of ways to incorporate grasses into supplements that provide nutritional value.

Juicing is an excellent way to get all of your essential nutrients via a quick, easy method. Wheatgrass is a potent powerhouse for delivering nutrients such as magnesium, calcium, iron, and vitamins A, C, and E (1).

Wheatgrass contains “glutathione,” which is referred to as the “Master antioxidant in some medical circles. There is some evidence that suggests wheatgrass may reduce the effects of oxidative damage to healthy cells.

Other research has also shown a possible link to the regular consumption of wheatgrass and reducing cholesterol levels while also providing anti-inflammatory benefits.

Wheatgrass, along with Barley grass, is a potent alkalizing agent that helps support the body’s pH balance. Other benefits may be assisting the balance of blood sugar levels and eliminating spoilt or unhealthy cells. 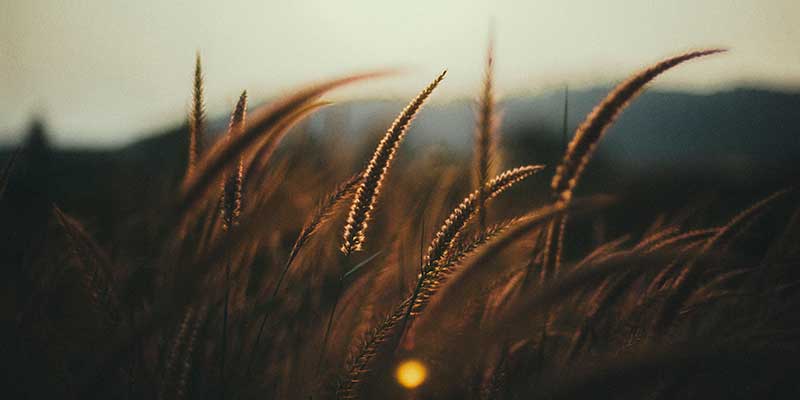 Alfalfa has been used to feed cattle and livestock for many, many years and is a variety of grass; however, its use has not only been limited to animals; humans have also been consuming alfalfa for its many benefits.

Due to the incredibly high amount of proteins, minerals, and vitamins it contains, alfalfa grass has long been sought after compared to other grasses.

With incredibly high amounts of copper, manganese folate, and vitamins such as K and C, alfalfa may possibly help lower cholesterol. Along with these nutrients, it also has high levels of flavonoids and saponins.

The saponins play an integral part in lowering cholesterol levels by decreasing absorption in the gut and subsequently increasing the discharge of waste products.

One of the most popular grasses to take the nutrition supplement industry by storm is barley grass.

The barley grass itself is the leaf that derives from the barley plant. Other names that can be attributed to barley grass are barley leaves or barley greens. The grass itself is incredibly rich in powerful antioxidants and chlorophyll; the grass also contains several essential nutrients such as gamma-aminobutyric acid (GABA), minerals, and vitamins.

The grass has many uses, but of late, has seen an increase in popularity amongst nutritional supplement manufacturers who are now adding the grass to their ingredients list. It’s also popular in juice bars worldwide for its positive health benefits, which we will touch upon a bit later. You can even buy small kits in some outlets that allow you to grow your own barley and then juice it.

In places like Japan, drinks made from barley grass and other grasses have been very popular for 100s of years. The drinks are referred to as “aojiru”; it is a popular drink among the older generation and has seen a resurgence in popularity amongst the younger generation too.

You can also purchase barley grass in the form of capsules and tablets, with the most popular and effective being powders. Powders are much more easily absorbed and can be added to juices, soups, and teas. 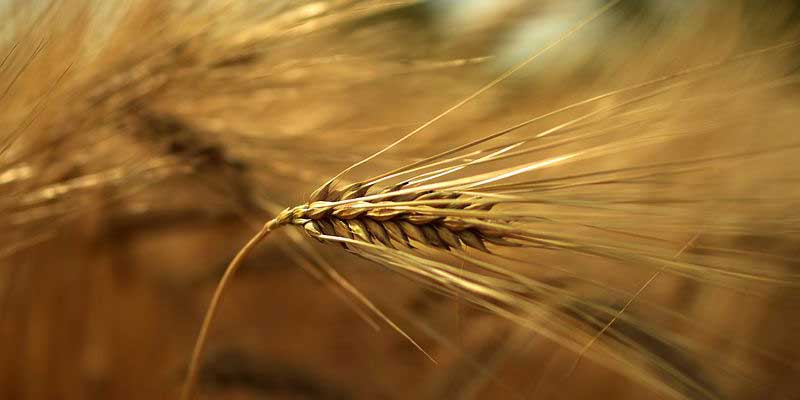 What Are The Benefits of Barley Grass

There are several health benefits to consuming barley grass, and its advocates maintain it can help mitigate or slow down conditions like (2):

Other benefits that this fantastic grass offers are helping with sleep quality, dramatically increasing energy, boosting concentration and focus, reducing inflammation, and strengthening your immune system.

Many people wrongly identify “wheatgrass” as barley grass; Although the two are similar, many consumers report that barley grass is the much more delicious of the two and was much easier to drink than wheatgrass.

To date, minimal scientific evidence is available that backs the claims made by some manufacturers; however, some research indicates that consuming barley grass regularly can help improve cholesterol levels and synthesis.

In 2015 the journal of Evidence-Based Complementary and Alternative Medicine published research examining the effects of barley grass extract on healthy adults (3). One group was given the barley grass in the form of a capsule to be taken daily, while the other group was given a placebo for the duration of the study.

At the conclusion of their study, there was no distinction in either lab or clinical findings, which included checking LDL and total cholesterol levels between the two groups.

Another short review was published in Diabetes and Metabolism in 2002, which evaluated the consequences of barley grass consumption in conjunction with Vitamin C and LDL oxidation with those who have type 2 diabetes (4).

The study concluded that a determinant in amplifying cardiovascular disease is LDL oxidation that occurs when it reacts with free-radicals. The study inferred that regular consumption of barley grass might support the body in fighting harmful free radicals and hindering LDL oxidation.

For those people who may have celiac disease or the now millions of people worldwide who suffer from gluten sensitivity avoiding barley grass is recommended.

However, barley grass may be viewed as gluten-free as gluten is contained in the grains, not the grass itself. If manufacturers produce the supplement under strict guidelines and use state of the art labs, then gluten-free barley grass is plausible.

Also, bear in mind that many nutritional supplements are not tested by the Food and Drug Administration (FDA), and a large portion of the industry is unregulated.

Buying greens supplements that are made in the U.S. and have been third-party tested will give you, the consumer, the confidence to purchase high-quality greens powders.

Barley grass can contain high potassium and Vitamin K levels, which may not be suitable for dialysis patients. Although there is no evidence suggesting side effects, it is recommended that pregnant women and those currently breastfeeding avoid barley grass consumption.

if you are considering implementing barley or wheatgrass into your daily diet, it’s advisable to consult with your local health care provider or qualified nutritionist. 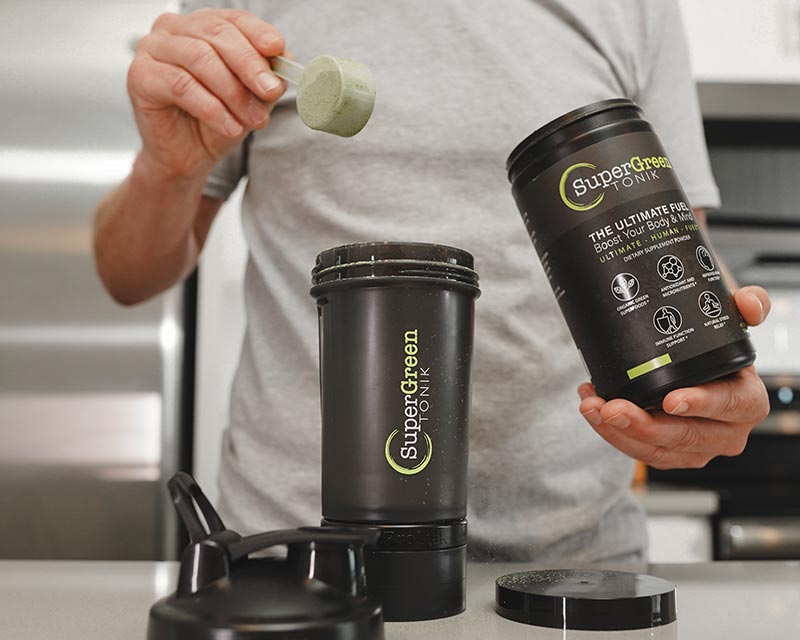 Consuming juices, teas, tablets, and powders supplements are an excellent way to incorporate grasses into your diet.

Remember, though, nothing can substitute for a well-balanced, healthy diet that incorporates regular daily exercise and taking time out for oneself.

Supplements offer a type of “nutritional insurance,” and help fill any nutritional gaps you may have in your diet. 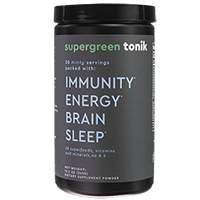