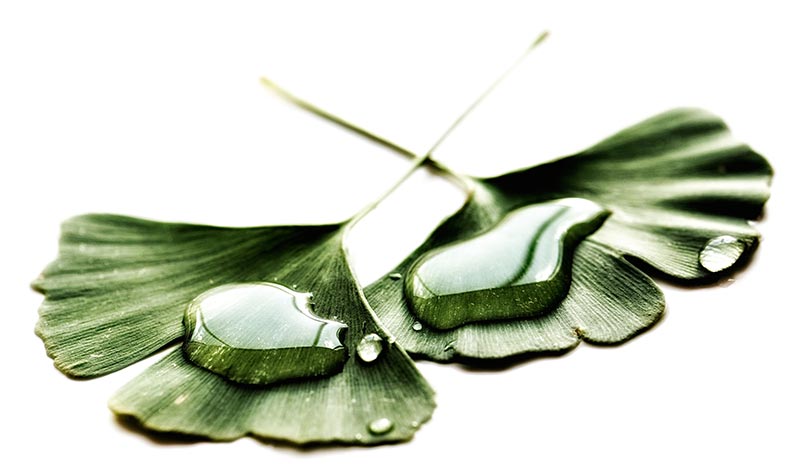 When living fossils are mentioned, most people think of ancient animals that lived in prehistoric times, such as crocodiles or sharks. But what if we told you that there’s another kind of “living fossil”, one that has existed for about 270 million years, is the last of its order, and yet is still thriving more than ever today? Does it sound like something made up?

Well, the Ginkgo Biloba is anything but fantasy.

As a plant known for its medical properties, it has certainly proven its existence, just like it has been doing for thousands and thousands of years. In fact, it is one of the oldest living tree species in the world today!

Interestingly, as old and ancient as this plant species is, research has shown that it’s of great help to us as we age, preventing some of the illnesses associated with aging such as dementia, pain, and memory loss. Moreover, it’s said to improve blood flow in the body including the brain, giving it a sterling reputation as a cognitive enhancer.

If you’re still feeling puzzled over this amazing plant, you’re at the right place. This exotic plant is native only to certain parts in faraway China, so it’s not exactly the most well-known. Well, that’s about to change as we answer all your questions about this living fossil, Ginkgo Biloba.

What is Ginkgo Biloba?

While it’s originally native to China, the Ginkgo tree is now grown worldwide — and for good reason too. First used as a source of food, then as a herb in traditional Chinese medicine, it’s now commonly available in the form of oral tablets, extracts, capsules, and even tea for the modern man.

In the past, the seeds and leaves of the Ginkgo Biloba were regarded as the most optimal parts of the plant to use. As a unique non-flowering plant, the tree was easily recognizable from its fan-shaped green leaves with short, stubby shoots at the tips. Ginkgo nuts were often used in Chinese cuisine, and in Chinese culture, some even consider them to have aphrodisiac properties.

Today, the Gingko nut is still used in food, such as the popular Japanese egg dish chawanmushi, but researchers and consumers alike tend to focus on gingko extract instead, as well as the benefits that it brings. The extract is often present as an ingredient in many different brands of dietary supplements on the market today, and they’re even available over-the-counter in some places.

Regardless of the time period, one thing is clear — that the Ginkgo Biloba has many timeless health benefits if consumed correctly. It’s believed to have a significant positive impact on one’s brain function as well as blood circulation. Let’s find out more about its benefits.

What are the benefits of Gingko Biloba?

More and more research is being done to study the benefits of Gingko Biloba, using exact science to make it more effective as a supplement. While we still don’t know the full extent of the Gingko Biloba’s benefit, we do know that there are some properties it has that are quite remarkable.

This benefit has its roots deep in Chinese culture, notably in traditional Chinese medicine and philosophy. Then, it was believed that that gingko seeds could open “channels” of energy to the different organs in our body, such as the brain, kidneys, and lungs.

And they were probably not too far off either.

Today, we have discovered that that the Gingko Biloba seems to be able to increase blood flow to many parts of the body. In fact, a study endorsed by the National Institutes of Health showed that people supplemented with ginkgo had helped to dilate blood vessels, which caused an immediate increase in blood flow. This was said to be due to a 12% increase in the levels of nitric oxide in the body, a compound that definitively helps to dilate blood vessels (1).

All the science highlights Gingko Biloba’s rich potential to have the ability to protect the heart and improve blood circulation. Of course, more research can be done to refine the applications for clinical treatment, but as a supplement, Gingko Biloba certainly holds its weight.

There’s a reason why Gingko Biloba is often categorized as a cognitive enhancer, or a “nootropic” — and that’s because it is believed that Gingko Biloba can serve to boost both memory and concentration (2).

Admittedly, there’s still not enough research in this area, but the handful of studies done point to an impact on the neurotransmitters in healthy individuals, enhancing brain function and resulting in improved memory, focus and attention span. For instance, a double-blind, placebo-controlled, randomized trial of Ginkgo biloba extract showed complementary evidence of the efficacy of Ginkgo Biloba extract in enhancing certain neuropsychological processes of cognitively intact older adults, 60 years of age and over (3).

Currently widely available as an over-the-counter supplement in the US, it’s definitely promising in its ability to improve mental capabilities. It could help especially if you’re experiencing lethargy, a lack of concentration or the ability to focus. 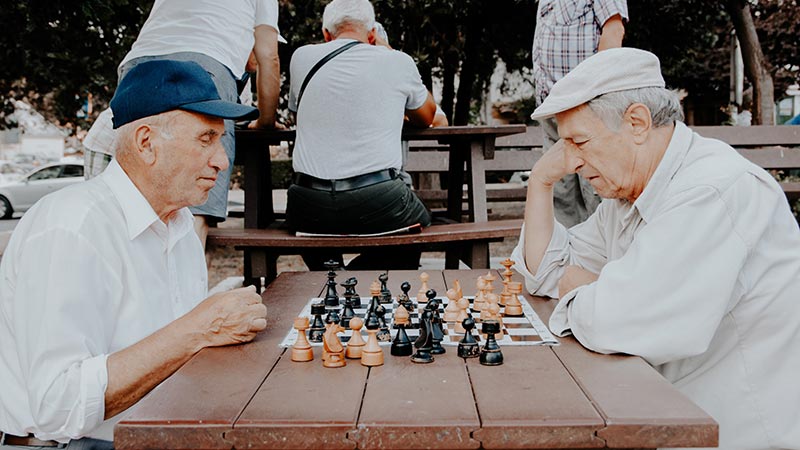 Gingko Biloba is packed with Antioxidants

In our bodies, particles known as free radicals are produced naturally and help with normal bodily functions, such as creating energy out of the food we eat. However, these particles are highly reactive, meaning they could potentially have a damaging effect on even healthy tissues. This accelerates the aging process and leaves us vulnerable to diseases.

To combat this effect, research has shown that antioxidants are molecules that can safely interact with the free radicals and protect the other crucial molecules in our body.

And that’s great news for the Gingko Biloba, as it contains high levels of compounds known as flavonoids and terpenoids, both of which are known for their powerful antioxidant effects. Similar to the antioxidant properties found in apples, blueberries, and broccoli, it’s a welcome addition to many health supplements out there (4).

It’s no secret that as we age, we become more and more prone to developing conditions like Alzheimer’s and other forms of dementia. Maintaining memory and brain sharpness is no doubt an important priority for us, and it turns out, Gingko Biloba might have the answers.

Studies have shown that the Gingko Biloba might actually be useful in helping to slow the process of mental decline. For instance, a series of 22- to 24-week trials with patients with dementia were conducted (5).

There was an improvement in symptoms present at baseline, but the incidence of some symptoms was also decreased. In other words, those who were given Ginkgo Biloba extract showed a significant reduction in a whole range of symptoms associated with dementia, painting a hopeful picture for the use of this herbal supplement.

While we still have to err on the side of caution before using it as medicine, we can safely conclude that the properties of the Gingko Biloba have strong potential to aid conventional treatment methods in the prevention of mental decline.

After all, with its ability to improve blood flow to the brain, it certainly could well have a tangible impact on mental degeneration, especially with conditions like vascular dementia.

Gingko Biloba may help in the treatment of Psychiatric Disorders

Some research has indicated that taking Gingko Biloba may help to mitigate the symptoms of anxiety.

Symptoms include intense, excessive and persistent worry and fear about everyday situations, or having frequent panic attacks. Even with today’s medicine, these feelings can be difficult to apprehend and control.

With Gingko Biloba and its high antioxidant content, some studies show that it has an impact on anxiety, as well as other conditions, such as depression. Research suggests that the extract has the ability to produce neuroprotection due to its chemical composition and the synergy of its components, negating the need for synthetic medication (6).

In another study, 170 people with generalized anxiety were given either 240 mg or 480 mg of ginkgo or a placebo. The results were hopeful: the group treated with the highest dose of ginkgo reported a 45% greater reduction in symptoms of anxiety, compared to the placebo group; paving the way to suggest that Gingko Biloba might have a positive effect on anxiety. 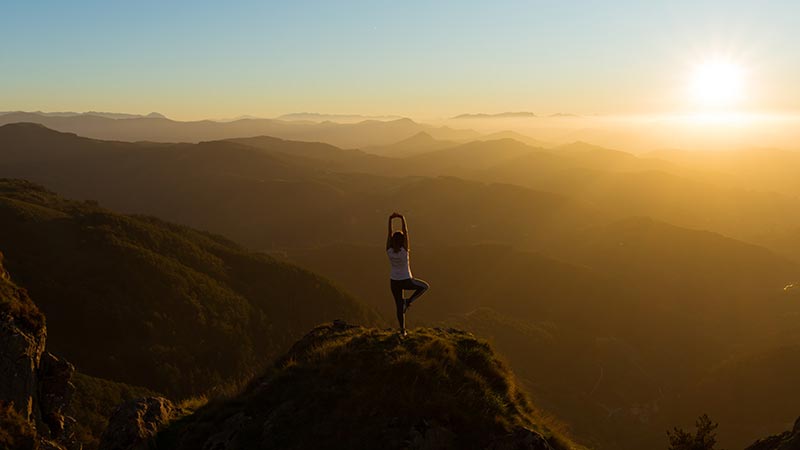 The Gingko Biloba extract’s impact on depression has also been studied with animals and has shown to have the potential to treat depression. This is attributed to the anti-inflammatory properties of the extract, which lead to a greater ability to cope with high levels of stress hormones. More research is definitely needed to better understand how it works, but results have been more than encouraging thus far.

What are the side effects of Gingko Biloba?

When consumed orally in acceptable amounts, the Gingko Biloba extract seems to be safe for healthy adults. However, there is some risk for developing some reactions such as headaches, dizziness, or an upset stomach.

There’s also a special chemical found in Gingko Biloba’s seeds and leaves known as ginkotoxin that can cause seizures if you’re epileptic, so if you know you are prone to seizures, do consult a doctor beforehand.

Moreover, the ability of the Gingko Biloba to improve blood flow also means that consumers may have an increased risk of bleeding, so do take with caution, especially if you’re pregnant, currently taking anticoagulants, or have a bleeding disorder.

As with all kinds of natural supplements, you should also be careful of what drugs you take with it, to prevent unwanted interactions. Possible interactions to look out for include ibuprofen, Xanax, and antidepressants (9).

The usual dose in tablet form is one tablet once or twice daily, with or without food. However, this way, it may take at least four weeks to see the maximum effect. In extract form, a common dose in people with dementia is 40 mg three times daily, though, for healthy adults, this is increased to between 120 mg to 600 mg of the extract daily (10).

To start out, however, doctors recommend starting with a lower amount, just to see how your body reacts to it. It’s definitely a better approach to reduce the risk of any significant side effects.

That being said, a balance has to be struck, as if you take less than required, there may be little to no effect. This balance might be difficult to achieve on your own, as only specific doses are sold commercially in tablet form. Another downside to tablets is that if you want the benefits of other natural ingredients, you have to purchase multiple tablets and consume many of them — and that can be both inconvenient and messy to keep track of.

On top of that, this supplement is packed with other superfood ingredients and micronutrients to help you meet your nutritional needs daily, and even exceed them! The best part is that it’s quick and easy, just a serving mixed with water every day for a healthier you. There’s no need for the hassle of calculating and managing all the supplements, including the Ginkgo Biloba, on your own. 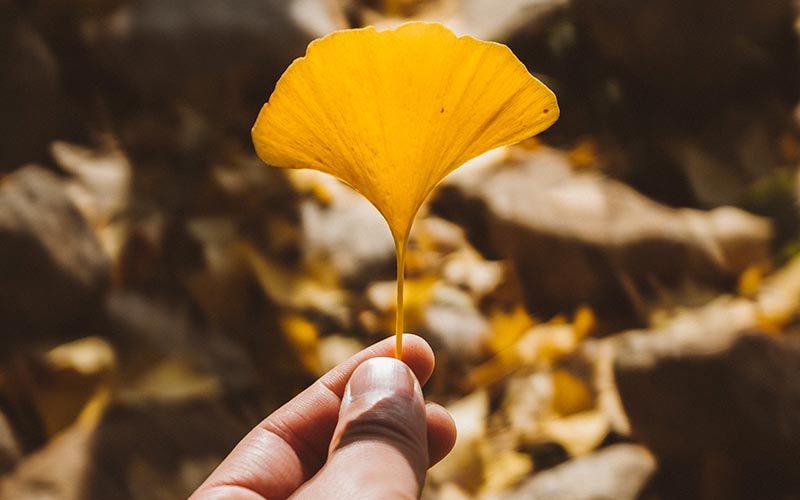 It’s hard to believe that this plant has been around and cultivated since early human history, but we’re only just starting to understand all the wonderful benefits it brings to our bodies. Research has given us evidence that it’s special and effective if taken in the right amounts, such as in SuperGreen TONIK greens.

Ginkgo Biloba brings about benefits to essential organs like the brain and the heart, and if the trend of discovery continues, we are optimistic that these will be conclusive, which is why it is one of the key greens ingredients in SuperGreen TONIK greens. Certainly, it has great potential to be one of the most helpful supplements nature has ever given to us.