Going back to ancient times, those who had the ability to memorize were looked upon as intellectual geniuses.

Cultures worldwide passed down rules, myths, tales, legends, and taboos to their children, who were expected to memorize them to keep the cultural fabric alive. Then came the printing presses, and with it, a new period in which “researching” and “reading” came to the fore.

With the advent of the internet, cell phones, and search engines, the skill of “memorizing” has fallen by the wayside. Anything we don’t remember, we can simply look up in literally seconds.

Educationally, most schools have now discarded the memorization of things like multiplication tables, poems, speeches, and even national anthems.

Do most people know what memory is but how many know there are seven different types of memory?

The majority of us have jobs that require some sort of cognitive function, including memory. Among other things, memory is responsible for processing new information, creates memories, and recalls information in critical situations.

Let’s take a look quick look at the two most well-known types of memory.

The short-term memory only lasts between 15 to 30 seconds. This type of memory collects information and either sends it down the memory hole or assigns it to long-term memory. Remembering a phone number, someone’s name or items on a shopping list are all stored in our short-term working memory.

Long-term memories tend to be a lot more complicated and elaborate when compared to short-term memories. Basically, anything that happened more than 3-5 minutes ago is classified and stored in your long-term memory. The strength and skill of our memory depend largely on how often we use it to recall specific pieces of data. 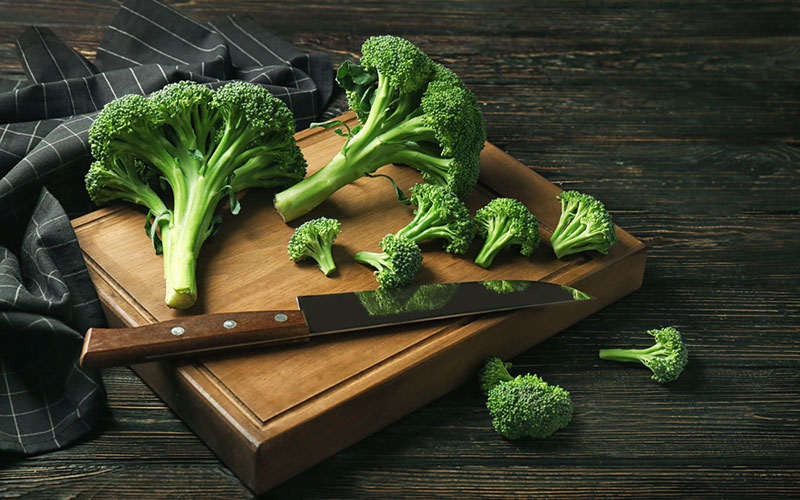 As we age, several health issues become apparent for most people, and the one that’s front and center is memory. Do most people believe that nothing can be done about a failing memory but is this really the case? Luckily it’s not; Eating a diet rich in greens may help improve cognitive function and memory loss, according to several recent studies.

A study from Rush University Medical Centre concluded that implementing a straightforward step each day can drastically improve age-related diseases such as Alzheimer’s and memory decline. (1)

What is that step? Researchers found that consuming one serving of dark leafy greens a day can help mitigate cognitive brain function and memory loss deterioration. But, what’s more, surprising is they found eating or consuming two servings each day may provide more beneficial effects.

One of the authors of the study Martha Clare is quoted as saying, “Adding a daily serving of green leafy vegetables to your diet may be a simple way to help promote brain health,”

Researchers at the Rush Medical Centre examined the effects on cognitive function with the essential nutrients found in dark leafy greens. Some of these nutrients are:

The study included 960 elderly participants aged between 58 and 90. The members were part of the Rush Memory and Aging Project, which commenced way back in 1977.(2)

What researchers found was quite remarkable. They found that consuming dark leafy greens daily was associated with better cognitive functions, and notably improved memory. Participants of the study who consumed high amounts of vegetables compared to those who ate less had dramatically better results when it came to cognitive testing.

It is commonly accepted that eating a well-balanced diet that includes fruits, vegetables, and berries is vital for brain health and function. These greens are rich in flavonoids and have been linked to the slowing of age-related diseases such as dementia. (3)

Leafy greens that have been shown to improve cognitive function, including memory, are:

Ashwagandha is an ancient herb with potent healing and therapeutic properties its also an adaptogen with several health benefits for the body. Ashwagandha may help lower blood sugar levels and help support us in times of stress and anxiety; it also boosts cognitive function and may improve both short and long-term memory.

Several studies have shown that supplementing with ashwagandha may help slow the decline of age-related disease, injury, and memory loss. Researchers have pinpointed these positive health benefits to the promotion of antioxidants, which we all know to protect healthy cells from harmful free radicals.

This ancient herb has a long history in traditional medicine and has been used in India for centuries to treat conditions such as stress and anxiety, and yep you guessed it, memory and cognitive function.

Bacopa has antioxidant properties which mitigate inflammation in the brain. The herb also contains the compound saponin, which may help intensify the communication of chemicals in the brain that are specifically involved in memory, learning, and cognition.

There are numerous studies that suggest that bacopa may improve memory and cognitive function. One such study in the Journal of Ethnopharmacology investigated nine past studies that studied the effect bacopa has on brain function.(5)

Researchers concluded that supplementing with bacopa may potentially help to improve cognitive function, including memory, but more research in the area is needed.

Mixed data is out there when it comes to the positive effects of Bacopa Monniera. Some studies show participants who supplemented with bacopa extract for 12 weeks did not show any significant improvements in memory. Conversely, ample research shows that supplementing with bacopa does improve cognitive function and memory in healthy adults.

The power of food plays an essential role in so many aspects of life, and as you’ve seen in this article, consuming greens, in particular, may help cognitive function and slow memory loss.

Exercising, drinking alcohol in moderation, staying stress-free, and enjoying life to its fullest, are also known ways to maintain cognitive function and memory.

So start taking your daily dose of greens and flick the switch to maximize and supercharge your state of mind.