25 Native Health Fruits and Vegetables Around the World

The American diet has caused obesity rates around the world to double, driving the growth of diet-related illnesses like diabetes, hypertension, and heart disease.

High in refined sugars and filled with processed grains and meat — the ubiquity of this diet has affected people globally. Sadly, indigenous diets and native crops that were the backbone of communities around the world for centuries have been overtaken by unhealthy food. About three-quarters of the Earth’s natural food supplies are now extinct and the rest are estimated to die out by mid-century.

Indigenous crops and plants hold many potent benefits for our health. It’s no wonder our ancestors and natives of the land made them staples. Here are some of the most healthy indigenous plants categorized by continent:

Amaranth is a leafy vegetable popularly eaten in countries like Togo, Liberia, and Sierra Leone. Hot weather is the best place for the plant to grow and amaranth is full of protein, vitamins, and important minerals such as calcium, iron, magnesium, potassium, and zinc.

Cowpea is one of Africa’s historic plants. It is a legume that is unaffected by drought and is able to flourish in bad soil conditions. Both the leaves and the peas can be eaten. 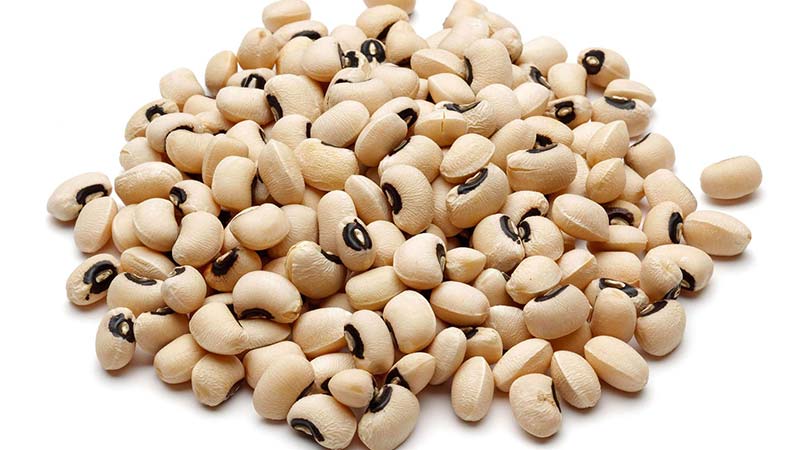 Also known as ‘African Cabbage’, these leafy greens are rich in protein, antioxidants, vitamins, and micronutrients.

The African eggplant is loved throughout Africa for its hardiness, longevity of storage and promise of a good harvest.

The Perinaldo artichoke is a thistle vegetable valued for its delicious middle portion. It was once grown in ancient Greece. Perinaldo is an Italian town that produces a variety of artichokes, including spineless ones and deep purple hues. The bud of the flower can be eaten and is packed with fiber, vitamin C, folic acid, and various minerals.

The unique thing about the Formby asparagus is its tri-color of white, green and purple. It contains a great amount of protein, fiber, vitamin B6, calcium, magnesium, and zinc. It also helps synthesize proteins, impair the loss of calcium, and acts as an antioxidant. 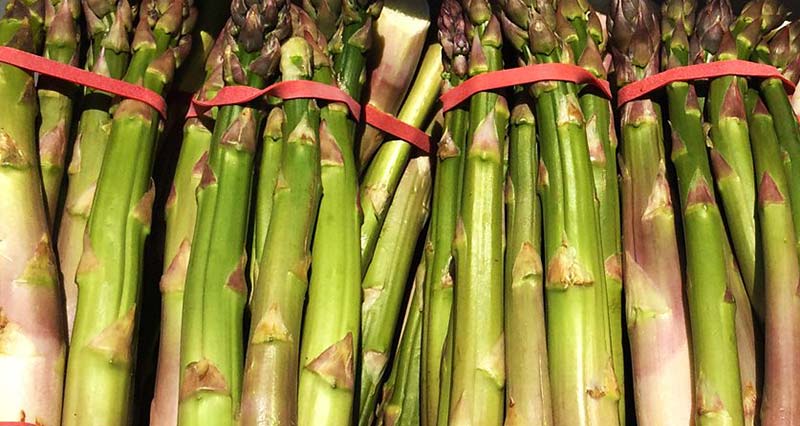 This is a rich source of beta-carotene, vitamins C and K, fiber. Above all, this cruciferous cabbage is also antioxidant and anti-inflammatory. It is hardy and can be kept through cold weather, making it a staple during winter.

This Norwegian turnip is the result of natural selection, making it very hardy. This vegetable possesses a rich and unique taste among turnips. This versatile vegetable can be made into soups, roasted or tossed in salads. It is also rich in Vitamin C.

Grown in the north of Portugal in Ermelo, these oranges are exceptionally succulent and sweet. Ermelo oranges are unique as they possess a thin rind and are not as fibrous. It is cultivated in little areas above the Lima River, where no chemicals are used.

While the bitter melon looks strange and has a bitter taste, it is popular in several Asian countries. Despite its’ somewhat unpleasant taste, it has many benefits such as fighting cancer, curing diabetes and also works as a detoxifier. 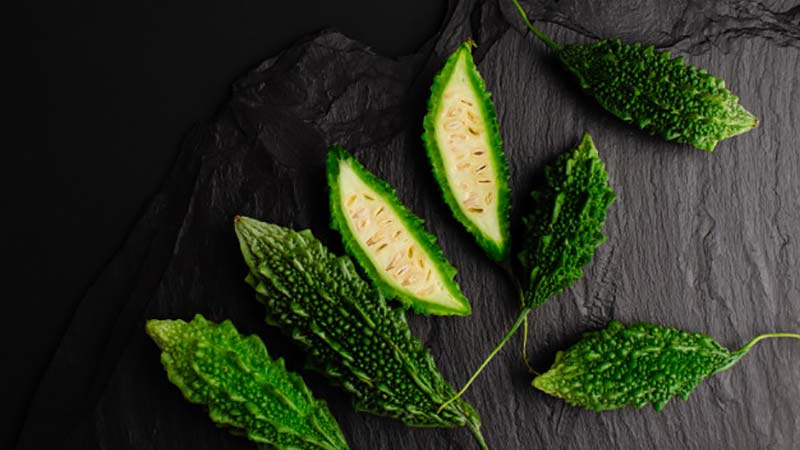 While wheat and barley are unable to thrive in the mountain plains of the Tajik region of Gorno-Badakhshan, the Pamir mulberry flourishes in such conditions. The fruit is a vital food staple in emergencies and can be consumed in many different ways.

The pods and seeds of the okra are edible and are usually used in sauces and soups. Okra is especially popular in India and Pakistan and also makes up a substantial part of Southeast Asian exports. It contains many minerals and vitamins, while good oil and proteins can be derived from okra seeds.

The mungbean is a staple of Asian cooking and it is a protein that is easy to be digested. Mungbean also contains a lot of iron which aids in the improvement of women and children’s diets. Moreover, it fixes nitrogen in the soil helping the crop turnover.

This precious herb is used all over Southeast Asia as it contains many minerals and vital vitamins that improve blood pressure movements and can even fight against heart disease. Its’ essential oils are also loved for its’ anti-microbial, oxidant, septic, and fungal properties.

This yam is a staple of the Pacific for its’ nutritional goodness and dependability. It is an extremely versatile vegetable and can be prepared and eaten in many different ways. They also keep for prolonged lengths of time and are also important both socially and culturally.

These nuts have been an important food in the culture of the Aboriginals since long ago. Even before the arrival of Europeans, festivals celebrating the Bunya season were celebrated and Aboriginals would make great efforts just to attend these festivals. The Bunya nut both looks and tastes like a chestnut. Bunya nuts grow on huge Bunya trees in the small number of Australia’s rainforested regions. However, these pines are increasingly difficult to find.

Kumara is better known by its’ common name — sweet potato. It is grown in several of the Pacific Islands. It has been an important crop for these islands for centuries and is rich in protein, vitamins A and C, iron, calcium, and dietary fiber.

The perry pears were once a wild variety of pears and they were usually consumed through juice pressing. The juice from the pear is then fermented into alcohol. The perry pear was not actually native to Australia but was instead introduced into the land by the English. Throughout the peak of Australia’s gold-mining period, miners consumed perry pear drinks that had little alcohol levels. However, the production of these pears is very low and many of its’ variations are soon going to die out.

In some Pacific Island countries like Fiji, the leaves of the taro plant are consumed and used in numerous methods of cooking. The leaves contain high levels of vitamins A and C. Rourou also possess cultural significance in traditional celebrations and it brings in a good deal of money for locals. It can also be a lifesaver in crises as a food source.

This vegetable was grown throughout the Andes for over a thousand years. As yacón contains high levels of water, it helps to supplement the inhabitants living in remote regions with a revitalizing source of food. The vegetable is also rich in inulin, a sweetener with few calories that helps improve digestion while curbing toxic bacteria.

Papalo is a herb famous for its pungent smell that is similar to the skunk. It is used in the southern states of the USA and Mexico. While normally consumed as a topping on food, the herb has medicinal properties that make it valuable. It helps to regulate blood pressure, heal gastric illnesses, and aid issues of the liver. This special herb is resistant to heat and is thus able to thrive in the sweltering heat.

This pepper has been grown by the Dutch people of Pennsylvania since the 19th century. The peppers from the plant are either red or yellow and come in a sweet heart-shape. The Hinkelhatz peppers possess a heavy spicy flavor, making it a prime ingredient for pickles or a spicy vinegar. The pepper is resistant to cold and is also a bountiful producer, making it a major food source. 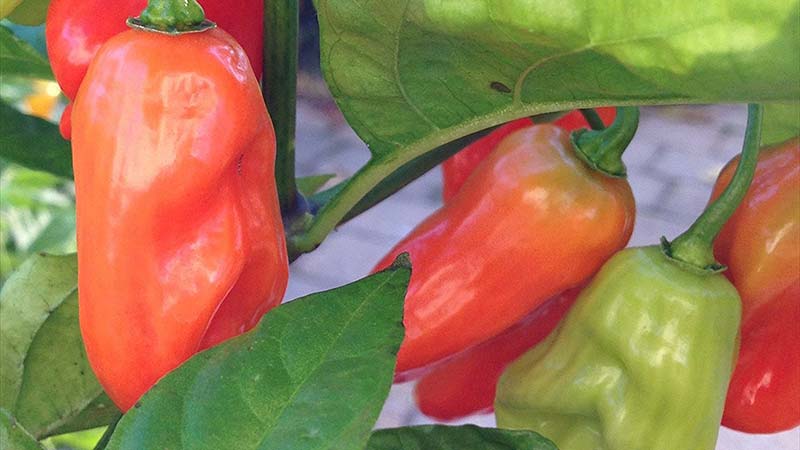 This apple variety is popular in Canada as it harvests early in the season fruit since it can be used in many ways. The apple’s flesh is crunchy yet not tough, and its juice possesses a strong and sweet taste. Usually, it is consumed fresh but it is also a great cooking ingredient. The apples can also be made into delectable cider and can be kept for long periods of time.

The Guayabo is a green fruit indigenous to Uruguay and the south of Brazil. It possesses an appetizing taste that is both sweet and sour. Besides the interesting mix of two flavors, the Guayabo is also full of health and goodness since it is rich in mineral and antioxidant content. The fruit can be easily grown in the difficult terrains of Uruguay and can flourish in the wilderness.

Consider adding more of these unique and healthy foods into your diet!

What made our ancestors strong will also keep you in the pink of health.

If shopping for all these native health fruits and veggies proves too time consuming, you can get many of the benefits from simply taking one serving of SuperGreen TONIK each day. Grab your Greens tonik today!